An Overview of Your Nervous System: The Body’s Master Controller 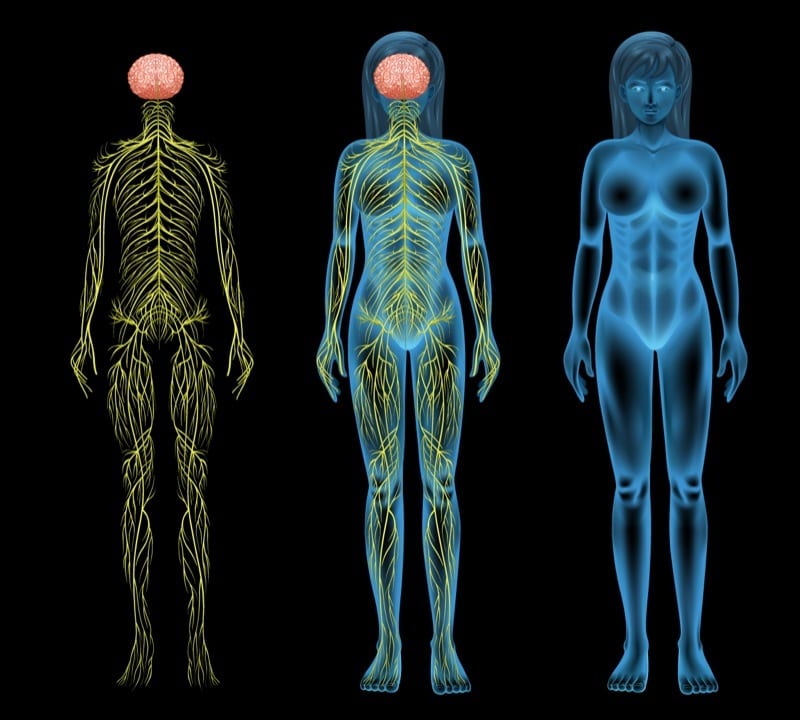 The great thing, then, in all education, is to make our nervous system our ally instead of our enemy.

The human body is wise and intelligent.

Every single one of the trillions of cells that creates your body is sacred. ⁣

There’s a wise intelligence that moves vital energy and life force throughout your body. ⁣

Your cells intuitively know how to group themselves together to create tissues. ⁣

Your tissues know what to do to form organs. ⁣⁣

Your organs know how to work together to create the various systems in your body. ⁣

You’re a work of divine art and universal intelligence flows through every vein, neuron, nerve, and gland. ⁣

You were born to fulfill a unique purpose that’s specific to only you. ⁣

There’s something you’re here to do that only you can create. ⁣

It’s important to understand your own body and more specifically how your nervous system works because it plays a vital role in supporting you to create your own reality and achieve your goals and visions.

Think of your entire body as an information processing and communication machine.

At the center of this machine is your Nervous System.

Think of it as the Master Controller.

Your nervous system processes an astounding amount of data all of the time, non-stop.

It’s the gatekeeper and meaning-maker that takes information from the outside world and creates shifts in your internal world.

An Overview of Your Nervous System: 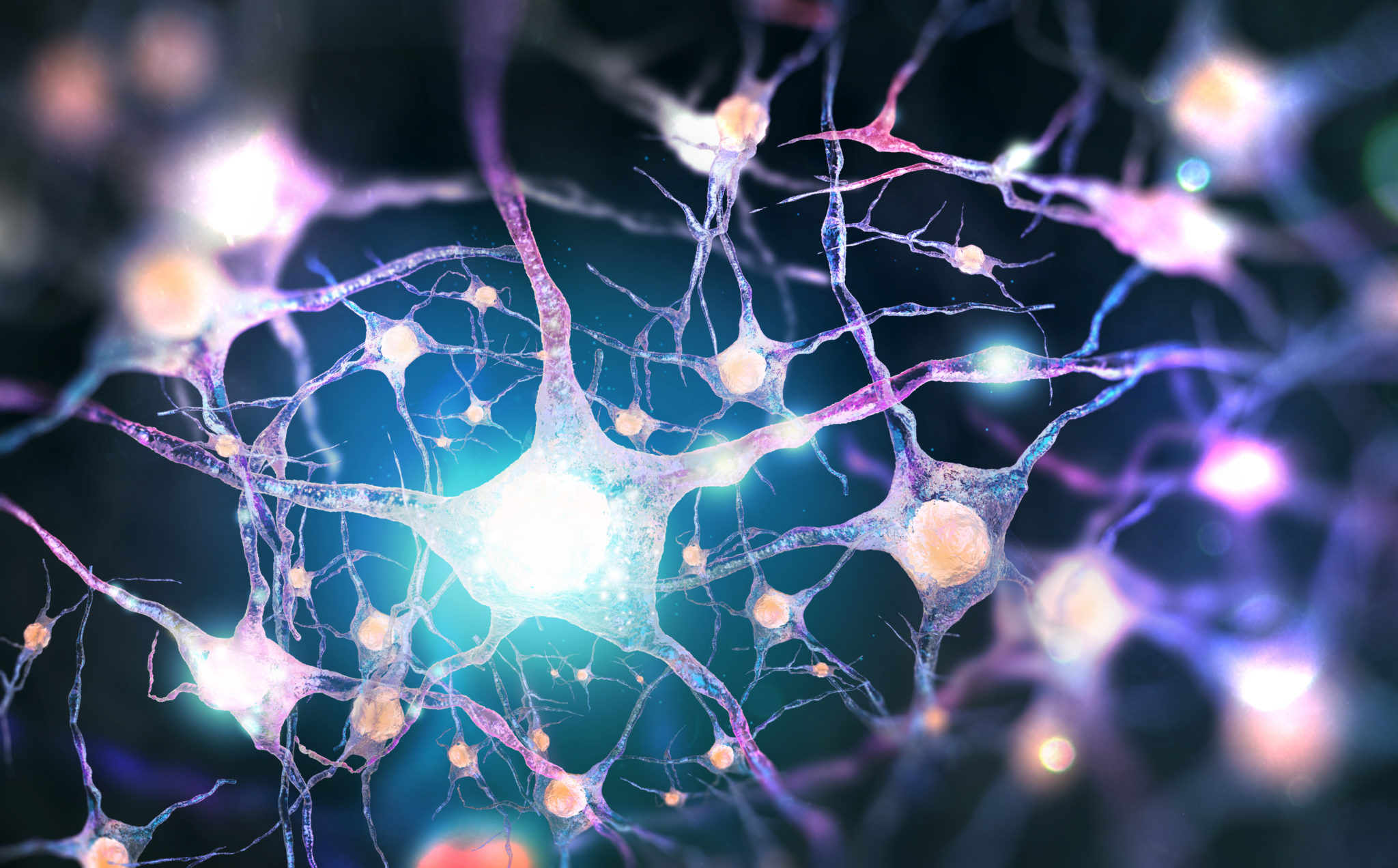 The Nervous System is comprised of various sub-systems and branches.

The two main branches are:

The Nervous System is comprised of highly concentrated neuron hubs, that converse with other parts of the body via cells and molecules and body chemicals. 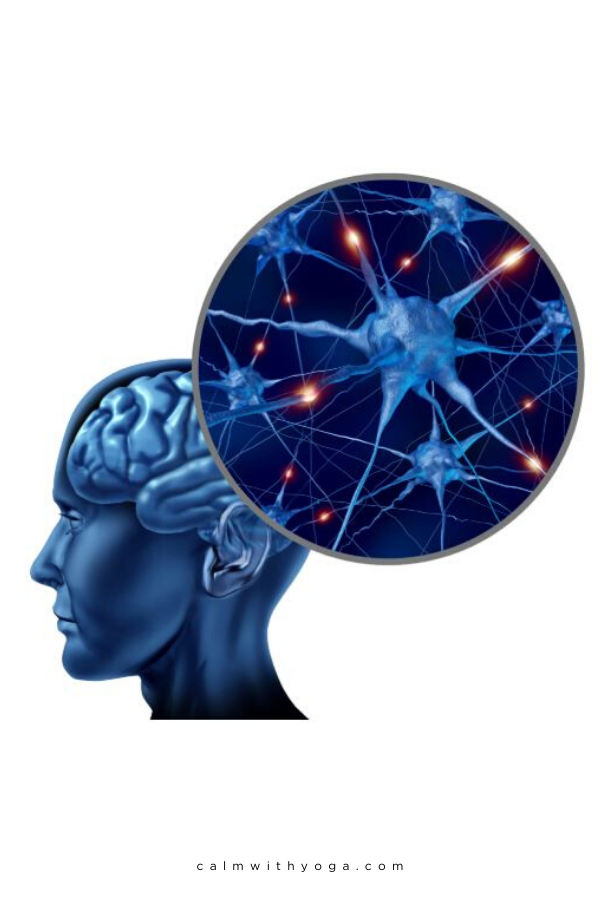 The human brain has 100 billion neurons, each neuron connected to 10,000 other neurons.

Sitting on your shoulders is the most complicated object in the known universe.

A neuron is an electrically excitable nerve cell that communicates (sends and receives information through chemical and electrical signals.)

Neurons are the basic functional unit of your nervous system. 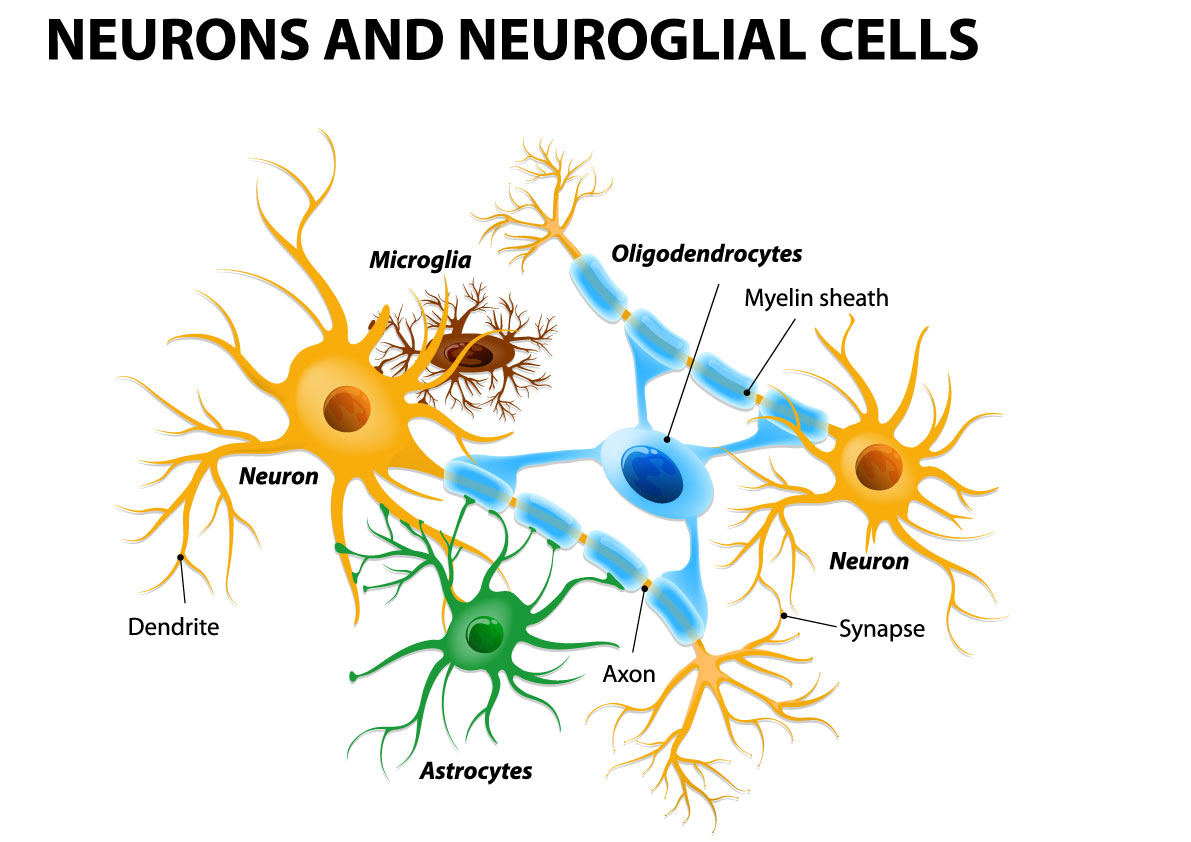 Parts of a neuron:

myelin – an insulating layer made up of fat and protein that surrounds nerves. It allows electrical impulses to transmit quickly through nerve cells.

How do neurons send and receive information?

Once the information reaches the axon, it travels down the axon as an electrical signal known as an action potential.

These nerve cells are located in a part of the brain called the motor cortex, the brainstem and the spinal cord.

They are responsible for sending impulses from the brain/spinal cord to a muscle or gland.

These nerve fibers convert external stimuli and sensory input from your environment into internal electrical impulses.

Some sensory nerves respond to tactile stimuli and can activate motor neurons.

For example, immediate muscle contraction after touching a hot stove.

The most highly concentrated neuron hub of your entire body is located in your brain, which, along with your spinal cord and retina, forms your CNS.

If your overall nervous system is the Master Controller, your CNS is Head Command Center, mediating all incoming and outgoing signals received and broadcasted.

Your Head Brain is a 3-pound supercomputer that contains between 86 billion – 100 billion neurons. 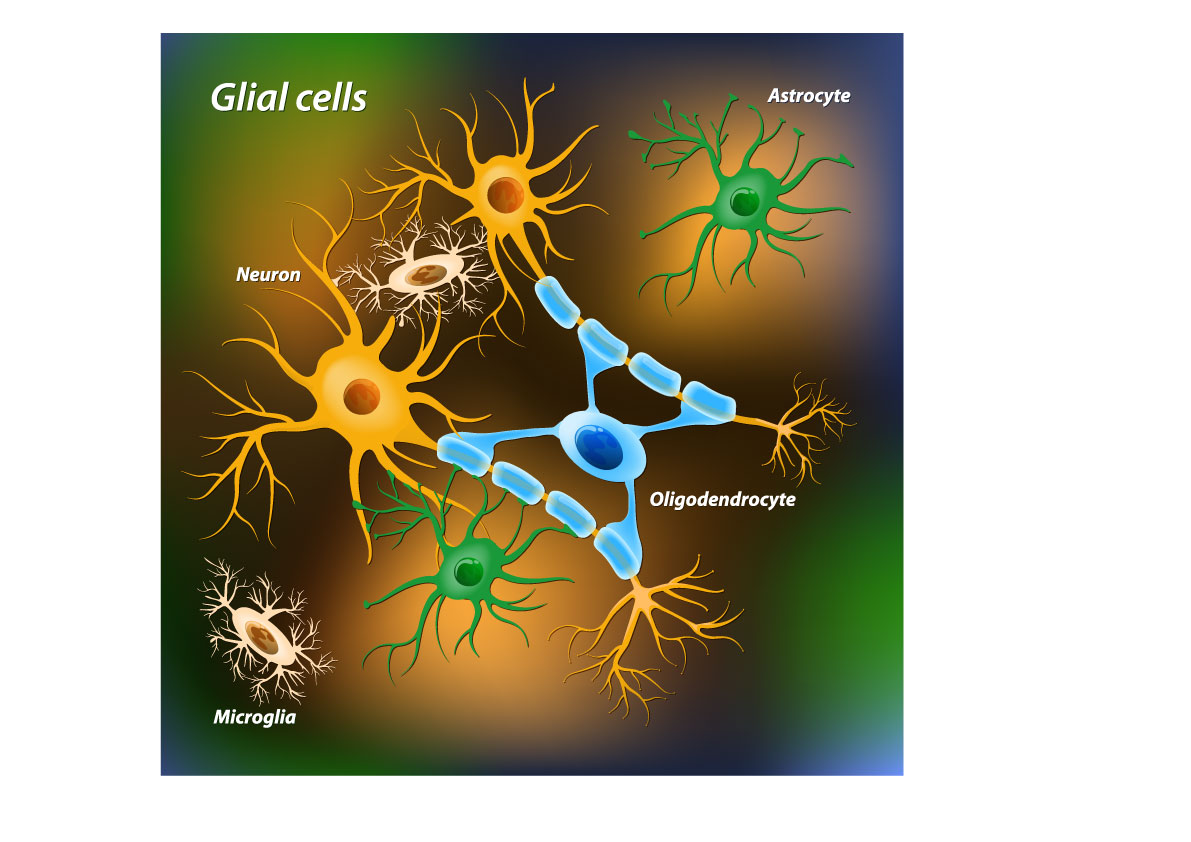 Glial cells are the most abundant cell type in the CNS.

They provide support and insulation between neurons.

Your Head Brain is comprised of different parts and in synchrony, they create brain activity.

These parts of the brain work in unison with the rest of the body to process sensory information in order to function properly.

White matter – is the tissue through which information passes to different gray matter locations.

Basal Ganglia – Structures found deep within the center of the brain that forms part of the limbic system – the brain’s emotional center.

Cranial Nerves – Connect your brain to different parts of your head, neck, and midsection.

Since maximum growth and development occurs at the border of support and challenge, having a balanced autonomic nervous system function is the key to having a maximum adaptation to an ever-changing environment.

The ANS connects the CNS to the:

ANS is known as the “automatic” system.

It is primarily involved in regulating basic visceral processes and organ function in order to maintain homeostasis (bodily balance).

ANS operates beneath our conscious levels of awareness and independently of voluntary control.

You can deliberately influence ANS activity by training/programming yourself to help maintain a balance of the 2 ANS subsystems:

These two subsystems function in an inverse, complementary opposite way, again, similar to the Yin-yang dynamic in Chinese Philosophy.

If there’s more of one, there’s less of the other.

When we’re anxious, especially chronically so, our SNS is turned ON for way too long.

It becomes overactive and that means that our PNS is underactive.

The ANS is about balance (obviously, as it regulates bodily homeostasis!) so… having your SNS turned on for too long or too much is not ideal.

We anxious ones must keep in mind that for us, it’s about calming the SNS and activating the PNS.

We’ve got to remember that a balanced ANS helps us deal with change and fear.

You have a brain in your gut.

This Gut-Brain is comprised of approximately 200-600 million neurons* located within the wall of your GI tract. (3)

The ENS functions like a supercomputer receiving and sending signals up to the Main Brain’s Central Nervous System (CNS), which is like the “central command station” for your body.

These two brains ‘talk’ and communicate with one another.

Their conversation is comprised of a sort of ‘push and pull’ that resembles the yin-yang philosophy in Chinese medicine. 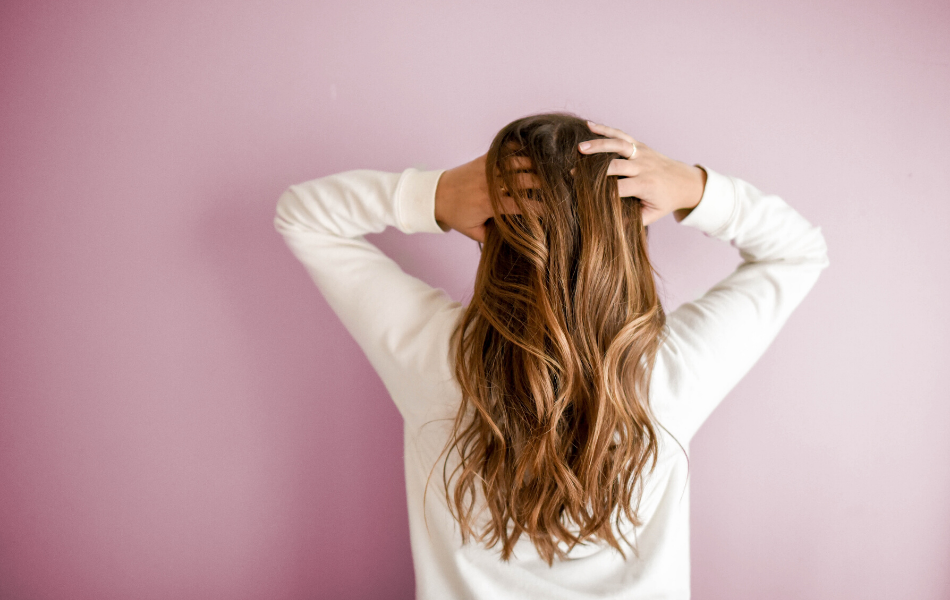 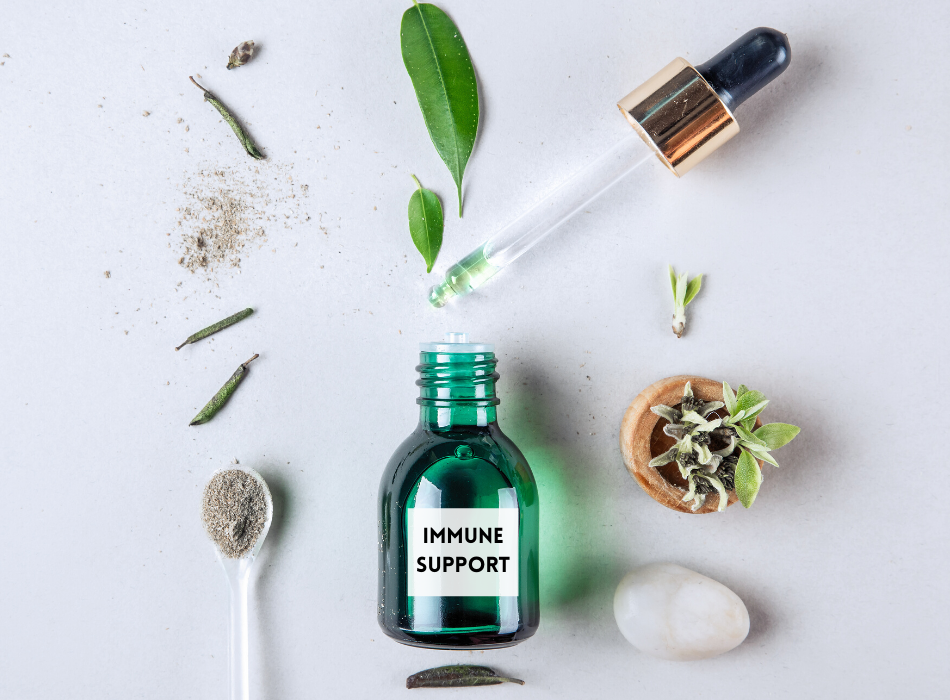 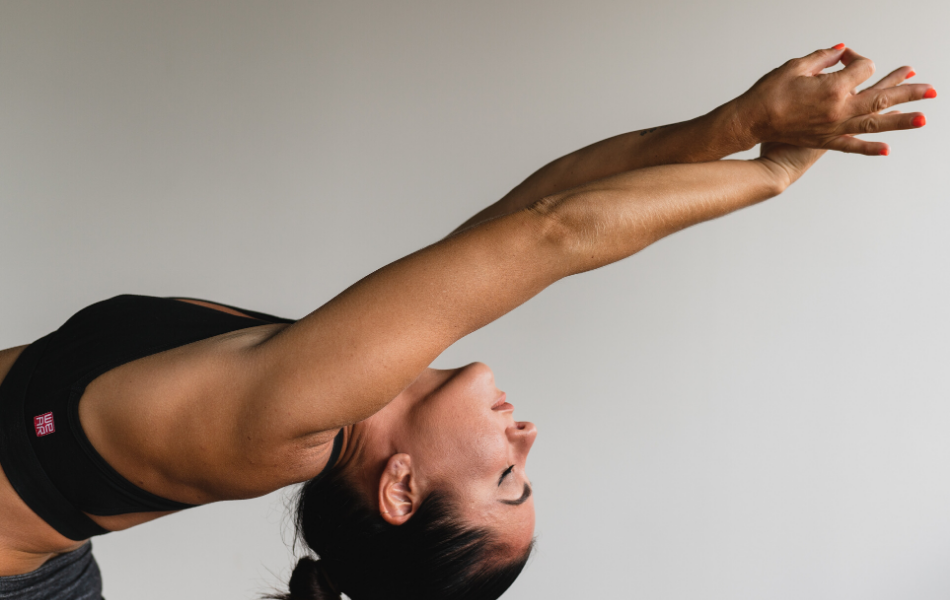 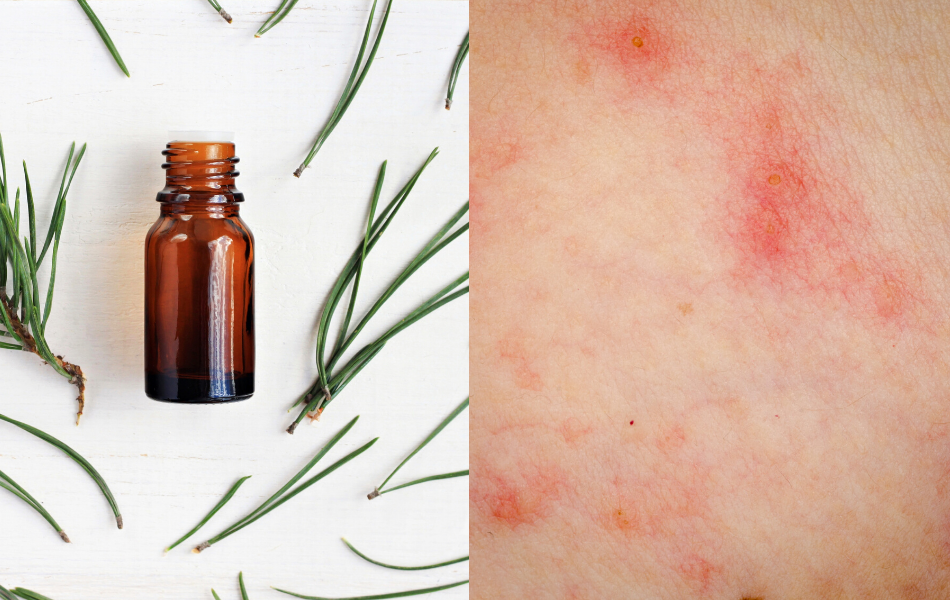 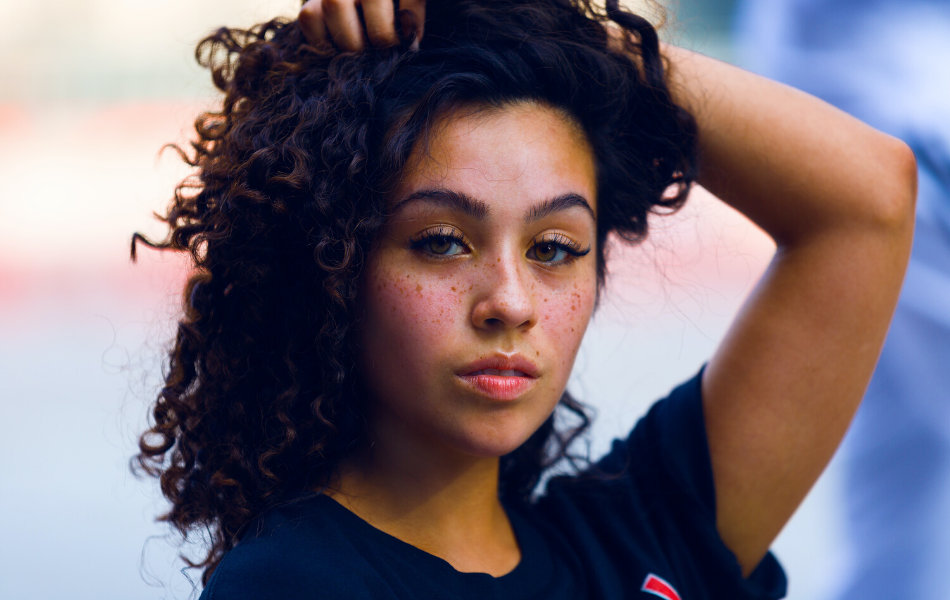 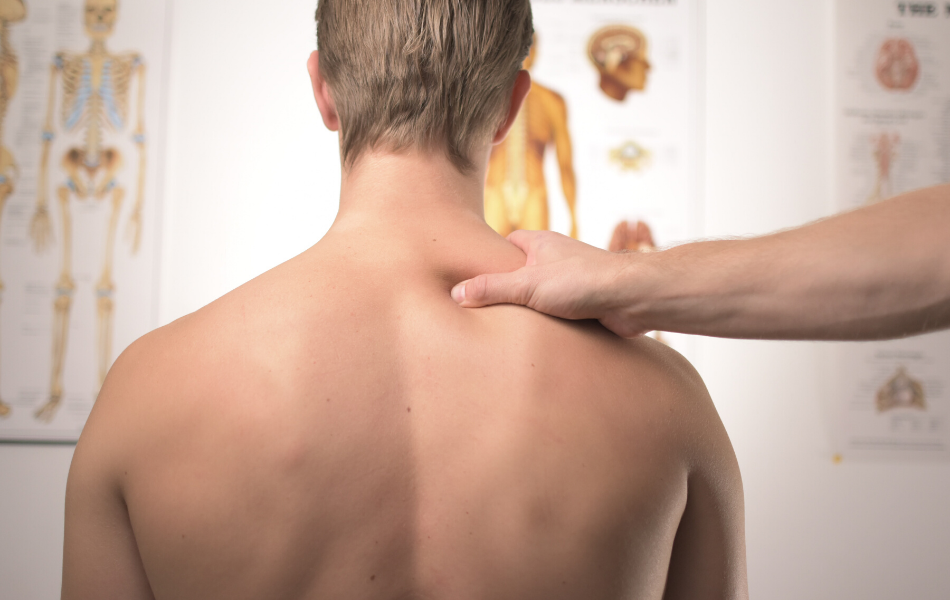 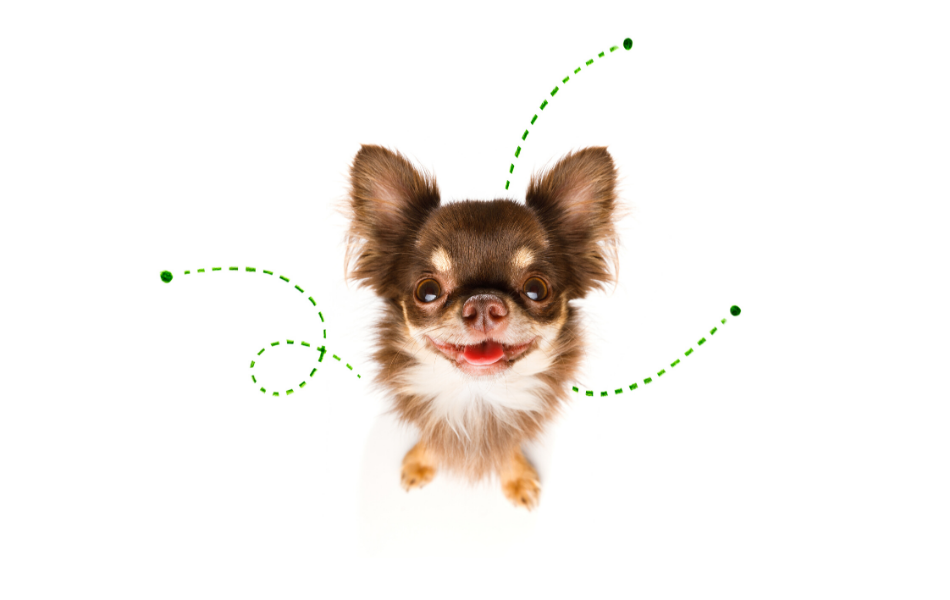 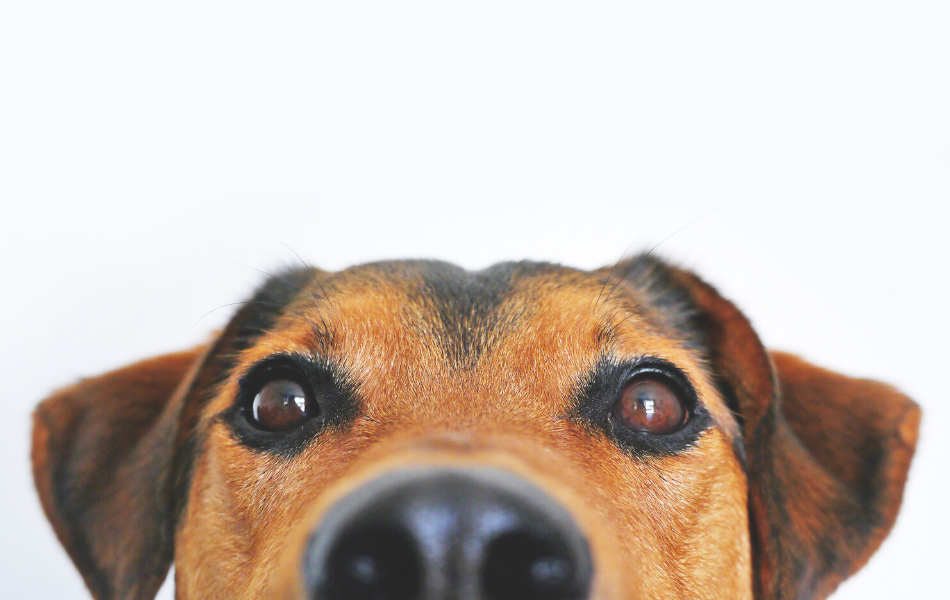